Get fresh music recommendations delivered to your inbox every Friday.

The Reintroduction of Mumu Fresh

by Maimouna Youssef aka Mumu Fresh 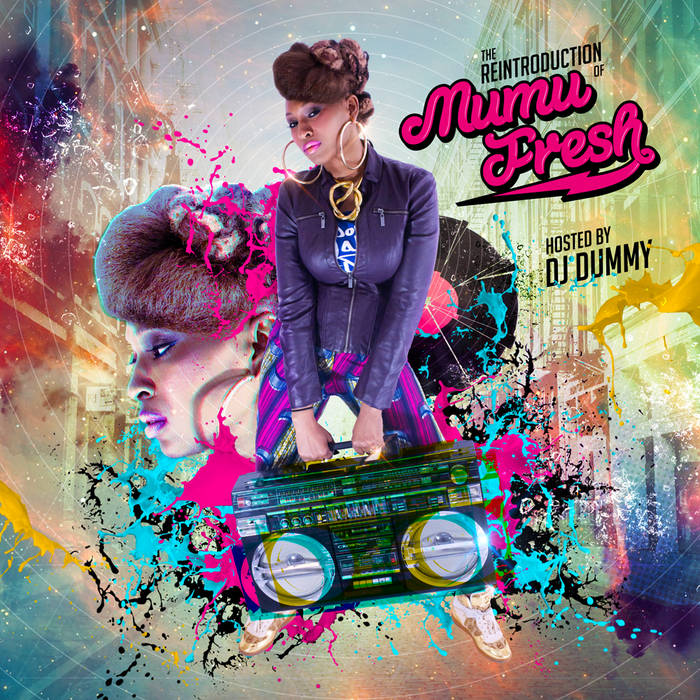 Ganesha Blanco Something for people with large and small amounts of melanin to vibe with as we accept a happy place in the sun. Necessary tune for the Black Lives Matter Movement too. Favorite track: We're Already Royal.

mzthang0519 Self love & appreciation is the most important part of life. Favorite track: Nappy.

Luis A Ramos Jr I like this song because it some 90's sample mixed with it that I like. Favorite track: Release Yo Delf.

The Reintroduction of Mumu Fresh follows the traditional mixtape format by recycling pre-released popular beats originally released by notable artists with a similar flow often times, but new lyrics. What sets Mumu and this mixtape apart in this vast and influential mixtape generation is Mumu’s ability to maintain her commitment to providing a balanced perspective on current social, racial, political, gender and class issues that plague the human race while keeping it fresh, exciting, and rockable through her superior vocal performance, wit, humor and good old fashioned rhyming skills.

Maimouna Youssef aka "Mumu Fresh" is a Grammy nominated seasoned singer, emcee, songwriter and producer. She received a Grammy nomination for her contribution on the Roots hit “Don’t Feel Right” in 2007 for best rap song and has since taken off as an independent artist. This is the right place for all things fresh! Welcome to the Muvement!!! ... more

Bandcamp Daily  your guide to the world of Bandcamp